Effective, Efficient, Affordable Legal Representation
Get in Touch with us 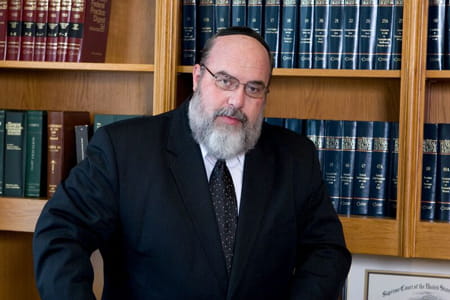 Thank you for Visiting the Website of Jaroslawicz Law Offices.

Disputes are expensive in terms of both time and money. Jaroslawicz Law Offices is dedicated to providing effective, efficient and affordable legal representation with a human touch. My goal is to provide clients with the personal attention and respect they deserve while offering them the legal expertise they need to overcome the obstacles that life has placed in their way.

Isaac M. Jaroslawicz is licensed to practice before the United States Supreme Court, many federal Circuit Courts of Appeals and District Courts, and in the States of New York and Florida.

For individuals , we take the time to explain all aspects of litigation, and recognize the value of balancing cost/benefit concerns with an aggressive legal posture.

With corporate clients , we work directly with the company and its management team, providing advice and counsel regarding the company’s legal issues so that the business people can focus on running the business.

If we cannot help you with your particular legal issue, our extensive network of contacts in a number of legal specialties can help you find someone who can. 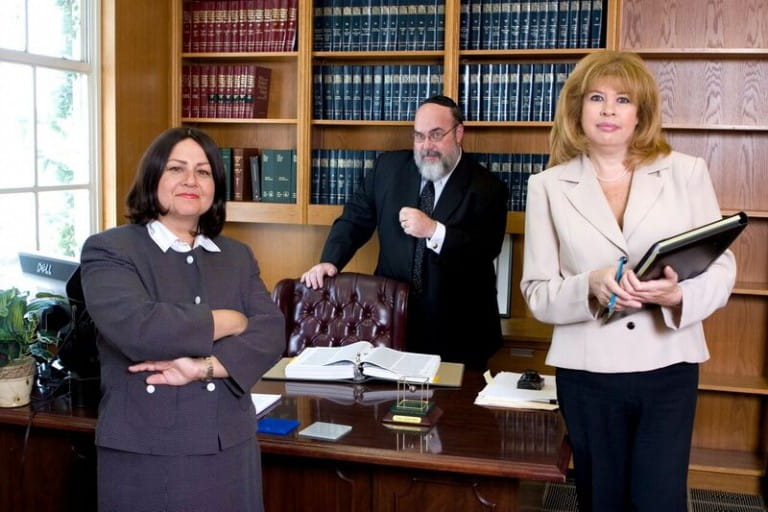 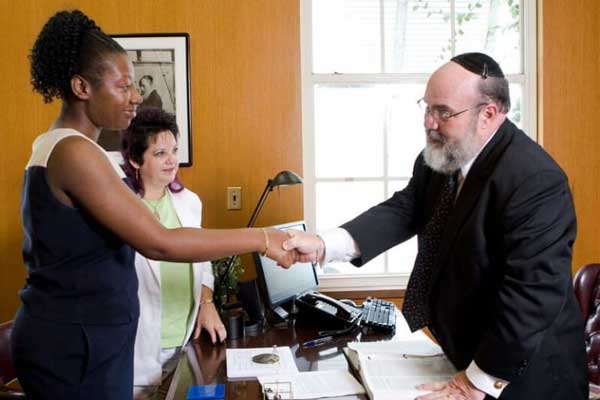 Jaroslawicz Law Offices has extensive experience in drafting and, when the need arises, enforcing contracts and all types of commercial agreements. Our individual and corporate clients frequently request that we review, draft and revise commercial contracts. When we are asked to prepare a contract on behalf of our client, we draw on our considerable experience in an attempt to ensure that the instrument complies with all applicable state and federal laws. Similarly, if a contract dispute arises, we are both aggressive and creative in our attempts to advise our client of all rights and remedies available to it under existing law.

When we aid our clients in drafting a contract, we seek to create a binding and enforceable agreement, which endeavors to minimize the threat of litigation if disagreements arise. In the event litigation is unavoidable, the knowledge we have gained from our experience in crafting commercial agreements and in actions to enforce these instruments provides us with a unique perspective, which allows us to provide our clients with quality representation. 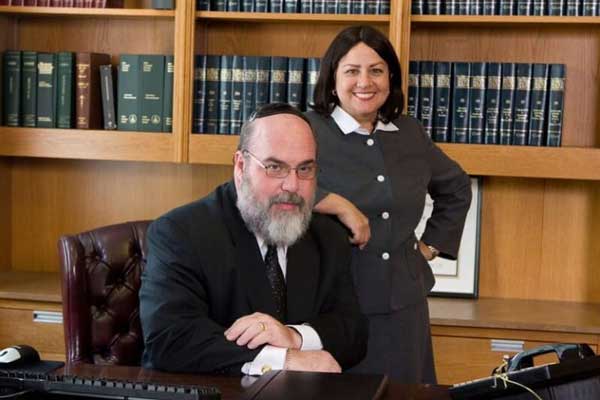 Jaroslawicz Law Offices have successfully and aggressively prosecuted and defended liability claims for our individual and corporate clients through all levels of the litigation process, including mediation and other forms of alternative dispute resolution, summary judgment, trial, and appellate review, when warranted. We have significant experience representing individuals and businesses in breach of contract, fraud, and many other causes of action.

Our experience enables us to investigate and evaluate each claim individually, and to tailor the prosecution or defense of each claim so that the best interest of our client is served. We recognize that litigation costs are an important consideration for our clients, and we employ a cost-benefit analysis when developing a litigation plan for each case.

If a lawsuit is necessary, our clients benefit from our state-of-the-art preparation, our courtroom expertise and our work in the appellate courts. In complex cases, we have successfully employed creative strategies that have allowed our clients to minimize their losses and, when appropriate, shift financial responsibility to third parties and/or their insurers. We have also counseled our clients to consider a reasonable out-of-court settlement of meritorious claims when the benefits of vigorously litigating a matter are significantly outweighed by the anticipated costs.

When our clients entrust a liability claim to us, we strive to both effectively and efficiently produce results for our clients as well as always providing them with the highest level of personal and professional service. 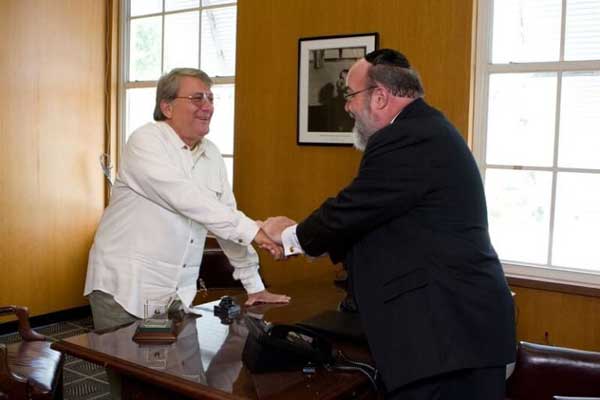 Jaroslawicz Law Offices also offers assistance with crisis management, helping our clients to develop appropriate responses to emergent situations. We strive to be effective not only as legal counsel but also as part of a comprehensive plan of action that can be utilized when crises occur, including assisting with public and media relations and other strategic planning. Our goal is to help minimize the extent to which emergencies interfere with our clients’ day-to-day business operations. 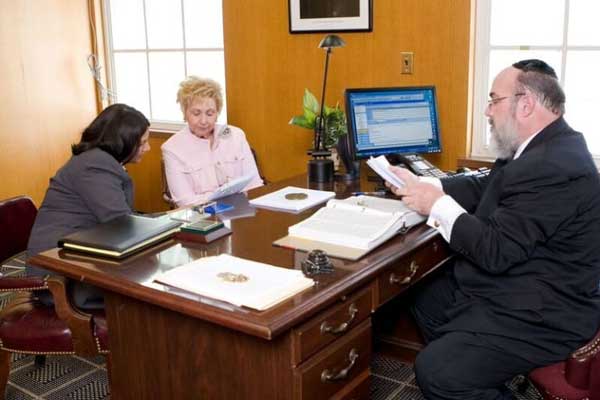 One of the most important services we provide our clients is helping them avoid litigation. We assist clients in all aspects of managing risk and anticipating legal issues. Our preparation often prevents disputes from ever arising and, if they do, enables our clients better able to resolve issues prior to costly litigation.

Isaac M. Jaroslawicz is licensed to practice before the United States Supreme Court, many federal Circuit Courts of Appeals and District Courts, and in the States of New York and Florida. After a successful 13-year financial career on Wall Street with firms such as Shearson Lehman Brothers, Butcher & Singer and Blyth, Eastman & Dillon, Isaac graduated magna cum laude from the Benjamin N. Cardozo School of Law, where he clerked as an Alexander Judicial Fellow in the chambers of the Hon. Robert W. Sweet, United States District Judge for the Southern District of New York, and was a member of the Cardozo Criminal Law Clinic under the tutelage of Barry Scheck, Esq. Isaac served as a member of both the Law Review and Moot Court Board, received the Felix Frankfurter Faculty Award and Jacob Burns Scholastic Medal, was inducted into the Order of Barristers and was a Regional Champion in both the National Moot Court and National Trial Competitions.

Before moving to Florida in 1992, Isaac also served as an adjunct professor of law at the Benjamin N. Cardozo School of Law at Yeshiva University in New York, and as coach of the law school’s ABA/NYSBA National Trial Teams (1988-1992).

For over eight years, Isaac served as Director of Legal Affairs for the Aleph Institute, a nationally-recognized not-for-profit advocacy and humanitarian group working with families of prisoners and members of the military. At Aleph, Isaac developed unique expertise in the application of the United States Sentencing Guidelines and constitutional issues. Isaac has submitted legal briefs to the United States Supreme Court and U.S. Circuit Courts of Appeals across the country, has appeared before numerous federal and state judges on sentencing matters, addressed conferences of prison administrators and legislators and testified before Congress. His testimony to the United States House of Representatives Judiciary Committee on the Religious Land Use and Institutionalized Persons Act of 2000 (RLUIPA) was expressly noted and cited by Senator Orrin Hatch when RLUIPA was presented to the President for his signature, and Isaac was recently quoted and cited by the United States Supreme Court in Cutter v. Wilkinson, 544 U.S. 709 (2005).

Under Isaac’s direction, Aleph also established the Center for Halacha and American Law, to forge a better understanding within the Jewish community of the interaction between Jewish law (“Halacha”) and secular law (including both civil and criminal law). Under Isaac’s direction, the Center produced two publications — a 190-page “Journal of Halacha and American Law” and a 120-page compendium of “Articles on Torah Ethics and Values from the Pages of The Jewish Observer.” The compendium was so-well received that Artscroll Publications published an expanded version, The Ethical Imperative, in early 2000. The Center also co-sponsored a conference on Halacha and business ethics conducted in New York City by Agudath Israel of America, a series of lectures by leading rabbis, an electronic mail class disseminated by Project Genesis (www.torah.org) and, together with the Orthodox Union, the “Jewish Law” Internet site (www.jlaw.com), of which Isaac is an Associate Editor. Isaac also worked with leading rabbis and professors to develop and implement a high school curriculum that introduces high school students to the Halachic and American legal systems using a “case study” methodology.

The hiring of a lawyer is an important decision that should not be based solely upon advertisements. Before you decide, ask us to send you free information about our qualifications and experience.

Get in touch with us

Privacy Policy: We hate SPAM and promise to keep your email address safe.
Please call us at (305) 775-7868 if you have any problems with the form.

Copyright © by Jaroslawicz Law Offices. All rights reserved. You may reproduce materials available at this site for your own personal use and for non-commercial distribution. All copies must include this copyright statement.
Privacy Policy

Privacy Policy: We hate SPAM and promise to keep your email address safe.
Please call us at (305) 775-7868 if you have any problems with the form.
X
Skip to content